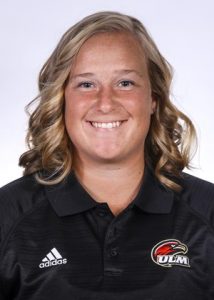 Opelika, AL—Jessica Thornton has been named the new head softball coach at Opelika High School. Originally from Vancouver, WA, Thornton has most recently been an Assistant Softball Coach at the University of Louisiana, Monroe (ULM). “We are extremely excited to welcome Coach Thornton to Opelika as our new head softball coach,” stated Dr. Farrell Seymore, OHS Principal. “We look forward to Coach Thornton contributing to the rich tradition at OHS. Her expertise and student-centered approach to teaching and coaching will help our students for years to come.”

Thornton began her ULM coaching career as a volunteer coach and was hired as an assistant coach in August 2015. Prior to coaching, Thornton was awarded multiple honors as a collegiate player. She began her career at Mt. Hood Community College (MHCC) in Oregon and completed her career at Jacksonville State University in Alabama. In 2010, she was named the Southern Region Player of the Year and helped lead MHCC to a combined 69-18 record, back-to-back NWAACC titles, and the Southern Region Title. Thornton was named to the Louisville Slugger NFCA NWAACC All-American Team and was the MHCC Female Athlete of the Year in 2011. “I am super excited for the opportunity to advance the softball program at OHS and to be able to work with the kids to help them achieve their goals on and off the field,” stated Thornton.

Thornton earned both her Bachelor’s Degree and Master’s Degree from Jacksonville State University. She is married to Cole Thornton and they have two sons, ages (almost) 3 and 9 months. 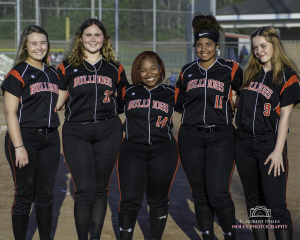 As the weekend of the East Alabama Baseball Classic was wrapping up, everyone knew the season was in question as the Coronavirus was making the news. On March 27 with conjunction with the Governor directive, all sports were suspended for the remainder of the school season. In a media release, AHSAA Executive Director Steve Savarese said, “Like thousands of others, I am deeply saddened and disappointed that our schools have closed, and spring sports will not have an opportunity to finish their seasons.  Even more so, I am disheartened for all student-athletes, contest officials, their coaches, families, student bodies, fans, communities, and especially our seniors.  We are facing an unprecedented health crisis, but I am prayerful that the steps we are taking now within our schools and across our nation will enable all those affected to return to a sense of normalcy sooner than later.”

My heart goes out to all the players and especially the seniors. God Bless, practice social distancing and stay well.

Please come back soon we are doing a little construction work to this website.